skip to main | skip to sidebar

Does Anyone Really Care? 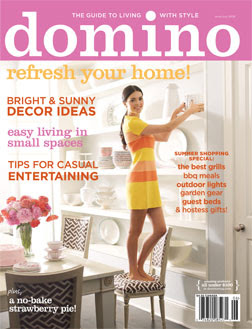 I've been busy for the past few days, and sadly haven't been able to read the daily blogs, so I'm sure this is old news by now ha ha. Does anyone care that Domino is kaput?

The Paris Apartment does. Read more HERE and see a great selection of Domino eye candy. And so does Live In Full Color HERE

What will happen to my 25 year subscription ha ha? And no wonder my e-mails to them checking some facts for a posting I've been working on, and keeping on hold, haven't been answered.

from The New York Times reprinted for you right here:

The publisher, Beth Fuchs Brenner, and the editor, Deborah Needleman, will leave Condé Nast, a company spokeswoman, Maurie Perl, said. A handful of staff members will be placed in open Condé Nast positions, but most of the staff of about 80 will be dismissed and will leave the company within a week.

“We tried to create a marriage between the beautiful image magazines and the useful service magazines,” Ms. Needleman said in an interview. “Editorially, we did what we set out to do, and in this economy, sadly, that’s not enough.”

In a recession and a housing market crash, finding advertisers to promote furniture and housewares was difficult, despite Domino’s popularity — its circulation was a sturdy 800,000.

“The current model is built so that advertising keeps magazines afloat,” said Robin Steinberg, director of print investment and activation for the media-buying firm MediaVest. “It’s unfortunate, because the consumer loses out in the end.”

As of two weeks ago, Condé Nast was publicly supporting the magazine, announcing an organizational change that had Domino reporting to a top executive and discussing “the brand’s vitality in the marketplace.”

“In hindsight, in continued evaluation, perhaps we would have asked to take the last two weeks back,” she said. “The economy just drove the decision to discontinue the publication.”

Domino had a lively feel, with affordable products and do-it-yourself projects.

“What Domino did that none of the other higher-end magazines did was to make décor more accessible,” said Cassandra LaValle, who runs the home décor blog Coco+Kelley (cocokelley.blogspot.com).

Domino, which began publishing in April 2005, is the third Condé Nast magazine about home décor to go under in about a year. Condé Nast closed Vogue Living, a supplement to Vogue, in August and House and Garden in November 2007.

These were not the only steps the company took to cut costs. In October, it asked each magazine to reduce its payroll and budget by 5 percent, which resulted in a handful of layoffs at almost every publication. At that time, the company also folded Men’s Vogue into Vogue and reduced the number of issues of Condé Nast Portfolio.

I've been a subscriber for a little over a year and was really enjoying the freshness and vitality of Domino. This past November I gave a gift subscription to my 19 year old friend who is looking forward to having her own place soon (uh, no, I myself am nowhere near 19). I helped her re-decorate her bedroom 3 years ago, and we had a blast. I knew Domino would be a perfect inspiration for her as she thought about the future. We're both sorry to see it disappear.

Thank you to those who made the magazine so special. All the best as you each move forward.

Yes it is a shame that Dominio is closing their doors as they certainly had a nice niche in the market place happening.

I'm sad for those who lost their jobs and worried one day I won't get my newspaper delivered.

Linda@ Lime in the Coconut said...

I care too. :(
Really gonna miss it.
Been subscribed since Day 1.

Yes, I care and it's very unfortunate. I will miss it.

Yes and no. I originally loved the magazine, and still read it monthly (unfortunately, I even asked and received a subscription for christmas as a gift). However, issues liked the one pictured in the post had started to leave me cold. I don't know if I had just become bored with the whole domino "look" or the increasingly c-list celebrity covers (if you have to look the cover girl up on imdb, she's not an asset to the magazine) or the insane amount of inbreeding--it was to the point that several articles in each issue involved the staff's own apartments. Anyway, i'll miss it, because magzaines are my crack and the supply is drying up, but honestly, I think they jumped the shark with the green issue and green themes a while back and never quite recovered. And I wonder if having so many editoral articles that included the shopping information made selling ads more difficult?

I will miss Domino.
I think I'm feeling a cumulative sadness for all of the publications that have gone away in the past year or so.

Here are two links to two other posts with some great Domino eye candy.
Whether you like Domino or not, you cannot dispute the great body of work they produced, and that we bloggers, home decorators, and professionals benefit from daily.
Too bad we bloggers are not rich enough to be Domino advertisers.
xo xo

Thanks for the link to my post! I have linked back and added you to my favorite blogs list!!!!

I love New Orleans so much... my bro is there right now on a late minute weekend away and I literally mapped out directions to The Napoleon House for him yesterday as he strolled through the French Quarter... with instructions to order a Pimms Cup upon arrival.

He rubbed the beautiful southern weather in my face, knowing that I was wrapped in a sweater in my house avoiding the sheet of ice that is New York right now.

We are soooo going to miss them!

We added your link in our post about this. :)

The design crack really has dried up! Literally only a handful of American magazines left now.
I couldn't believe it when 'House and Garden' folded & since then most of the big ones have fallen one after another. I finally shelled out the $70 & subscribed to 'World of Interiors' but it's just not the same. Very sad.

Thanks for the links girls!
Hope to see you in New Orleans one day sooner than later!
xo xo

I care. Their style was definitely not my style, but I appreciated their fresh, colourful point of view and always looked forward to its arrival in the mail.

Read my column at GoNola.com

Summer Entertaining Tips - Click on image and go to page 37

Join in and read the book Undecorate! Thanks for the mention - Click on image 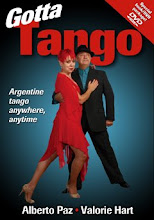 Buy this book! Mama needs a new pair of size 7's, and Cholo needs a bisquit...

Valorie Hart Is The Visual Vamp 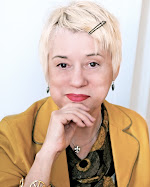 CONTACT ME if you need help with a project. I am a STYLIST for photo shoots, shop displays, home decor, events - HAVE STYLE WILL TRAVEL. I am a lifestyle WRITER, and image EDITOR. I have RADIO and TV experience. I have done set DECORATING and SCOUTING. Of course I have COMPUTER SKILLS. On line projects are welcome. This BLOG is my calling card and PORTFOLIO. Photo by Chris Golson at http://www.chrisgolson.com/

Visual Vamp at The Nero Chronicles

Alcira from The Nero Chronicles sends up the Vamp! Click on link!

Visual Vamp at So Haute

See what Undecorate is all about! Click on image

Visual Vamp as seen in Woman's Day - Thanks for the mention!

Visual Vamp at Custom Made

Tango In New Orleans With Alberto Paz and Valorie Hart 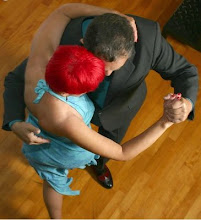 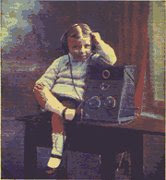 Everything I Never Wanted To Be 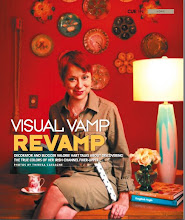 Thanks for the mention at Laurel Street - Click on image

Visual Vamp at House of Turquoise

Visual Vamp at Color Me Happy! 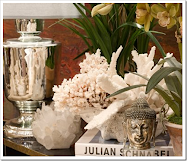 Visual Vamp on The Skirted Roundtable

Thanks for the mention girls! Click on image to get to the broadcast

Visual Vamp All The Best Bedrooms

Visual Vamp at The Tango Life

Click on image to see where I lived pre-Katrina, and how I decorated before I started reading decor blogs ha ha

Visual Vamp at The Studio Blog

Thanks for the mention! Check out this new blog! 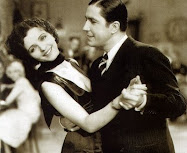 Thanks for the mention! Hope to see you soon! 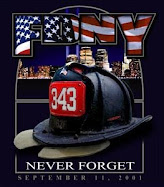 Thanks for including me!

Click on image for a really terrific blog: Gaita Interiors

In this month's Architectural Digest 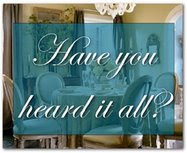 The cool radio blog site - this is the best broadcast yet - click on image to hear it!

WIllow Decor tells us everything!

I'll Be Down When I Put On My Lipstick

Visual Vamp at Desire To Inspire 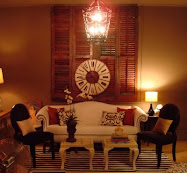 Visual Vamp at A Bloomsbury Life 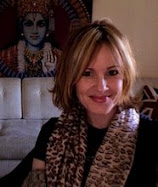 Renae tells all! Thanks for the mention

Visual Vamp at The Bayou Contessa

Visual Vamp at The Blushing Hostess

The Blushing Hostess made me blush!

It's all about color - The Vamp is in Material Girls link

Visual Vamp in Ewa In The Garden

Visual Vamp in Save Domino

Save Domino is so sweet to New Orleans. Click on image to read more.

Shop with Brooke and Steve

So nice, and so much talent! Click on image to buy something beautiful!

If you want a true expert and artist to plan, design, and decorate, or consult with your local vendors, for your wedding or any special event or branding and marketing needs, contact Maria, who has talent and will travel 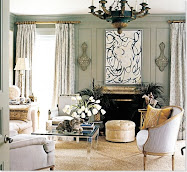 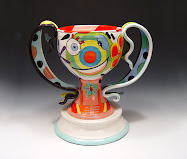 Mine All Mine! But you can get one too! Buy some art today 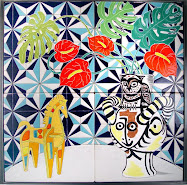 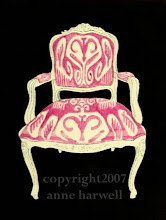 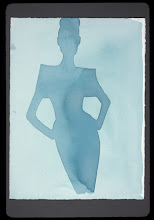 To read more about Mats Gustafson click on image 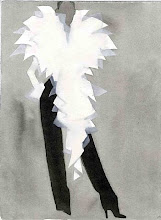 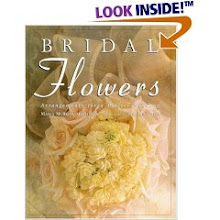 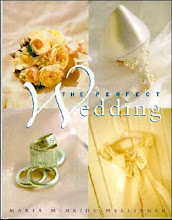 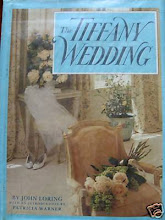 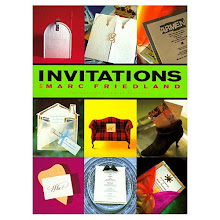 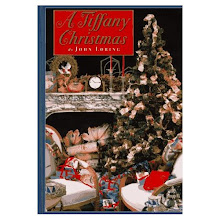 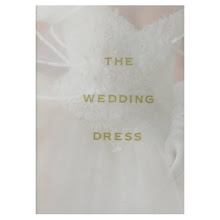 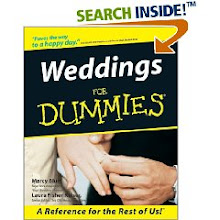